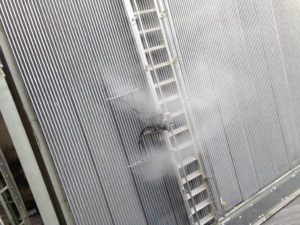 In both cases the AX Cleaner system for ACC cleaning incorporates a ladder system which supports the washing head and allows it to move in a reciprocating motion along the air cooler to be cleaned.

We offer different types of ladders:

In the example opposite, you can clearly distinguish the ladder itself (the model allowing the operator access) and the washing head which goes up and down along the rungs. 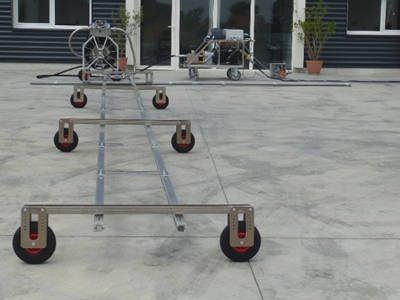 In the example opposite, a wheel-ladder is placed directly on the air cooler to be cleaned.